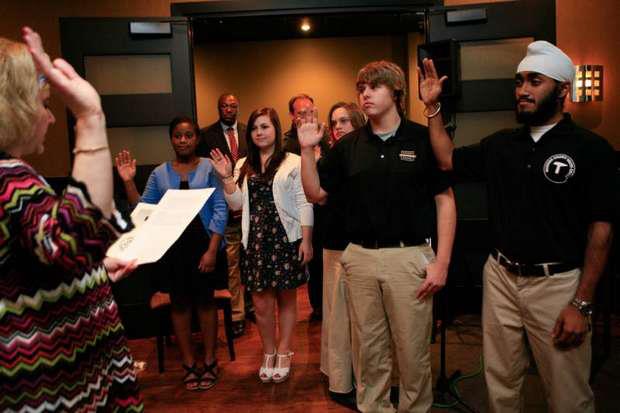 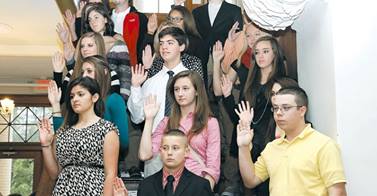 Teenagers who volunteer to sit on the Youth Court decide the sentence for other teens who admitted to committing an offense.  These teen volunteers base their sentence on the principles of Restorative Justice:

For the youth who volunteer, Youth Courts inform and educate young people about the role of law in our democracy and about their role as active citizens. Volunteers learn about court procedures, sentencing options, trial techniques, structure of the justice system, the meaning of justice and relationships between rights and responsibilities.

Young people who are equipped with knowledge of the law and how it works within the judicial system are inclined to have a better understanding of their connection to the American system of justice. The youth feel that they are participants not potential victims.

In the video above, we explore the program through the student’s own words. 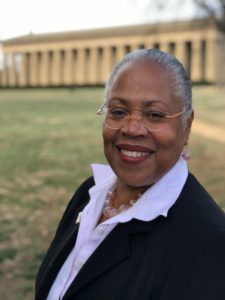 Tennessee Youth Court (TYC) is a teen-driven juvenile delinquency prevention/intervention diversion program based on restorative justice. Executive Director Denise Bentley has  guided TYC to proven success in many areas, and is excited to be a part of the its development in Tennessee.

A native of Nashville, Ms. Bentley holds a bachelor’s degree from Fisk University and a Juris Doctorate from Vanderbilt University School of Law.

The program is attached to Tennessee Youth Courts, Inc. – a nonprofit that focuses on juvenile delinquency prevention and intervention. Before its launch as an independent organization, Ms. Bentley was the program director of a similar initiative of the Tennessee Bar Association (TBA). Under Bentley’s direction, TYC has gone from nine programs in nine counties to twenty-one in eighteen counties.

Ms. Bentley’s passion for positive change in the lives of youth was born from her post as violence prevention coordinator for Metro Nashville Public Schools. While at MNPS, Bentley became a certified Olweus Bullying Prevention trainer.

Tennessee Youth Courts, Inc. strives to have an open and affirming culture. We advocate for all youth. In compliance with Title VI of the Civil Rights Act, Tennessee Youth Courts, Inc. provides services to youth and their families who participate a youth court program regardless of race, color, national origin, age, sex, religious preference, gender identity, gender expression, sexual orientation, or disability. No one will be subjected to segregation or separate treatment in any manner related to receipt of service; restricted in any way in the enjoyment of services, facilities/venues, or any other advantage, privilege or benefit provided to others under the program; or addressed in a manner that is disrespectful because of race, color, sex, national origin, age, religious preference, gender identity, gender expression, sexual orientation or disability.